John J. Coughlin, Esq. is a principal of the Law Firm of Bogle, DeAscentis & Coughlin, P.C.

In addition to his private practice of law he presently serves as Town Counsel to the Town of Hingham, Massachusetts (2012-Present) and as Corporation Counsel to the Fall River Redevelopment Authority (2011-Present).  He previously served as Assistant Corporation Counsel for the City of Fall River for ten years. In that position he represented the municipality in all areas of municipal law including civil litigation in state and federal court.

Prior to joining Bogle, DeAscentis & Coughlin, P.C. he was with the law firm of McGuire & Coughlin.  He left that firm upon the appointment of his fellow attorney Thomas F. McGuire, Jr. as a judge in the Superior Court of Massachusetts.

While in law school he was an author and staff member for the Suffolk Transnational Law Review. 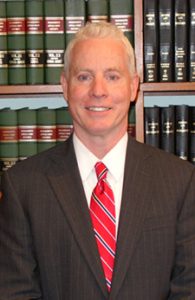