PUBLICATIONS AND PRESENTATIONS
Mr. Ryan is a frequent lecturer, has written numerous articles and has contributed to stories by the press.  Examples include:

BUSINESS LEADER POST
November 20, 2012, "Will the Court Understand My Business Problem?"
November 14, 2012, "When Dealing with Overseas Companies, How Can I Help Protect Myself?"
November 8, 2012, "How Do We Find a Lawyer That Will Handle Our Lawsuit AND Meet Our Expectations?"

LSP ASSOCIATION
February 8, 2007, "IT in the Environmental Industry, Minimizing Risks and Maximizing Benefits"

SOLID WASTE ASSOCIATION OF NORTH AMERICA
September 23, 2008, "Municipalities & Landfills: Practical Tips on How to Avoid Litigation"
April 12, 2006, "Emails, Metadata and Things You Should Know About that Next Report"
September 13, 2005 & February 3, 2005, "Host Community Agreements"

ASSOCIATION OF ENVIRONMENTAL AND ENGINEERING GEOLOGISTS
April 2, 2011, "Protecting You and Your Engineering Company"
April 4, 2009, "Legal Advice for the Engineer"
March 25, 2006, "Litigation Survival Skills for the Office, the Field and the Courtroom" 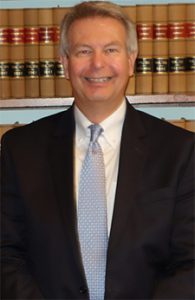